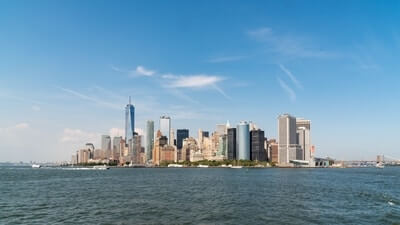 Though May has plenty of amazing events left in its grasp, we can’t help ourselves from looking forward just a bit further. As the heat of the summer descends in June, everyone will be out and about at their favorite events all over the country. For this first week, we will break down exactly what to expect in the Big Apple in June, and the week after will be a dissection of another city.

The first and maybe most significant event of June has got to be Pride. The largest Pride celebration in the world is held in New York City, it’s going to be an incredibly robust festival that marks a worldwide show of unity with the LGBTQ community. If inclusivity is your thing, this should be stop number one. In addition to the huge festival, there’s also live music by members of the community, art and film that focus on LGBTQ issues, and a human rights conference. For any who concern themselves with this celebration, there’s no better place to be for it than New York.

One of New York’s biggest festivals comes right in the beginning of the month. The Governor’s Ball has a lineup of all-star hip-hop artists and alt-rock bands. Three days of multiple stages of music come to the heart of the city for this event. Sure sounds a whole lot better than spending days upon days out in the middle of the desert, doesn’t it?

June is the primetime to see a performance of the Bard. Shakespeare in the Park makes its home in Central Park and features free tickets. The works of Shakespeare resonate from centuries past to today, and his works never fail to go out of fashion. The productions being put on (for free, mind you) this year are Much Ado About Nothing and Coriolanus, but only the former will be available during June.

To kick things even further back, the Summer Solstice Festival will be taking place during this month. If old-timey festivals are your thing, then you aren’t going to want to miss this one. Put on a floral crown, join the markets, and party long into the night. There’s no one place for this celebration though. Free events are being held throughout the city so no matter where you may find yourself, you’ll be able to celebrate.

On top of all of that, there’s no denying that it’s one of the best times of the year to go see a baseball game. Are you a big Yankees head? Then look no further. Buy some tickets now and get yourself up to the Big Apple.

NYC is a great place to go in June! Activities aplenty and great weather make it the ideal place to spend a weekend or more. And you can always get there with a trip from Ohio Coach! With great prices and the fastest service, Ohio Coach is the ideal choice. Book your tickets with us today!